As the title suggests this article is about how Hartley might have become a centre of car manufacturing for a company called Adam, Grimaldi and Co Ltd.

The firm was established in 1917 and was named after its co-founders. William Frederick Adam was an engineer with considerable experience in the motor industry, having been manager of the works for the famous Darracq car. Ernest George Grimaldi (1886-1953) was a motor salesman and formerly a meat salesman. His father was a porter at Smithfield Market and claimed to be 12th Marquis of Grimaldi, and a claimant to the throne of Monaco.

At the time they made "optical munitions", these might be things like binoculars or gun sights. This was an industry that was woefully behind at the start of the first world war, since most optical instruments were imported from Germany. Coincidentally Hartley Manor was once owned by a director of the only British firm of any size in this field - Chance Brothers of Smethwick.

After the war they turned their hand to car manufacture, and launched 4 models of the Albert Car at the Olympia Motor Show in November 1919, to general acclaim and many orders. It was called the Albert after their works at 38 Albert Embankment (now appropriately a petrol garage). 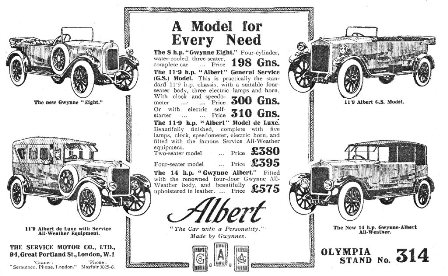 They must have had big plans for on 19 August 1919 they bought 58 acres of land in Gorsewood Road from Smallowners. They paid £1,728. From their point of view, the site next to the railway with plenty of land to expand, which their central London location did not allow, would have been ideal. 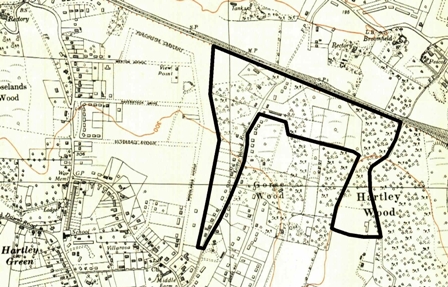 Map of Gorsewood Road with the land formerly owned by Adam Grimaldi outlined.

Adam, Grimaldi assembled the car, but the components were made by another London firm - Gwynnes of Chiswick. In 1920 the two companies created a new holding company Gwynnes Engineering Limited, who acquired the shares of Adam Grimaldi.

However the business did not prosper, it is said because it was undercapitalised. The company sold the Hartley land in 1922 for just £432 - a big paper loss. And the following year it went into receivership.

It is believed that only 6 of the original 2,000 cars now survive.

This article is about the car maker Adam Grimaldi & Co Limited, and their connection to Hartley, where they hoped to build a car works.