The Payne and Trapps Estate - The Development of North Hartley

On 1 November 1905 John Charles Payne and George Trapps bought a block of land (122 acres) from the then owner of Fairby, Thomas Morton. This was land to the north of Church Road and east of Ash Road. They laid out the roads Woodlands Avenue, Gresham Avenue, Larksfield (formerly Silverdale), Wellfield (formerly Haverstock Drive), Porchester Avenue and Merton Avenue. Porchester Avenue was where the Wellfield Estate is now and is commemorated in Porchester Crescent, although this is in a different location.  They paid Thomas Morton, the owner of Fairby Farm, £5,194 for the land.

Payne & Trapps borrowed money to buy the land. The lender was the famous theatre architect Frank Matcham. Some of his work that can be seen today include the Blackpool Tower Ballroom, and the Victoria Palace Theatre and Colloseum in London. 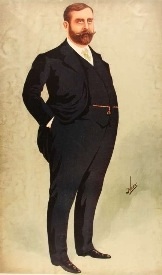 They then laid out the estate into 25 feet wide parcels which were sold off at a series of auctions in 1907 and 1908. The brochure for the 24 April 1907 sale was full of estate agents' puff: "bound to become a favourite residential district", "admirably suited as a residential district for Londoners", "Builders and speculators should lose no time in putting up some attractive villas", "a good and profitable remuneration must result therefrom".  A Hartley resident at the time recalled that they set up a tent, got a load of people down from London, plied them with drink and then sold them the plots! This is lent support by the company's adverts which mention a marquee being ereected and luncheon being provided.  A break in to Payne and Trapps's warehouse at Hornchurch in 1906 where as well as crokery the two thieves made off with 117 tumblers and 8 bottles of champagne, which they had already drunk before the police caught up with them! (Essex County Chronicle 2.3.1906).

Certainly most of the known purchasers came from London:

The purchasers were told that the tithe rentcharge had been redeemed, which was not the case and in the 1920s the few people who could be traced were faced with demands for all the tithe on all 122 acres.

Clearly many of the purchasers had little idea what to do about their plots and evidence of their ownership was lost. Even by 1913 when the Valuation Office tried to find out the owners of all property in the country, they could not find out who owned 529 of the 640 plots, although it is possible the true numbers of unknown owners was much less. Some of the owners could not be traced when compulsory purchase orders were served on parts of the estate in the 1960s.

Only a handful of houses were built by the first owners - Grafton House and Amberley (Ash Road); Bertha Villa and Colyton (Wellfield); Nil Desperandum (Merton Avenue); The Elms (Church Road). And before the war only the frontages to Church Road and Ash Road were developed. The remaining land lay unused and was requisitioned by the War Agricultural Executive, one newspaper article mentions grain and wheat being grown there.

Payne Trapps & Co Ltd was founded by auctioneers John Charles Payne and George Trapps. After running the business as a partnership, they set up a company of the same name in 1909. On 17 May 1909 they transferred the interest of the partnership to the company. The conveyance shows that they had many similar estates around southern England at:

The company had 4,000 preference shares, originally shared equally between Mr Payne and Mr Trapps. But very quickly Mr Trapps transferred his shares to J G Hammond & Co Ltd of Birmingham, printers; and Lepard & Smith Ltd of London, paper makers, for reasons probably related to his publishing business. Meanwhile Mr Payne had transferred 500 shares each to his wife Catherine, and daughters Catherine and Alice; and later 350 shares to a Josephine Lenora Hurst of Rosalind, First Avenue, Westcliff. The 7 ordinary shares were owned one each by:

The company went into receivership on 17 August 1912.

John Charles Payne (1861-1938) he married Catherine Scott in 1879 and had two daughters Catherine and Alice. He began his working life as a newsagent,  but then changed to becoming an estate agent. In 1911 he lived at Sutton Road, Southend. He died of 91 Burdett Avenue, Westcliff on Sea in 1938, his estate then was only £337.

George Trapps (1857-1920) also started in the newspaper trade as a publisher (1891 census).  As partner in Trapps Holmes & Co, he was the publisher of many popular comics and through Trapps Holmes & Co became a publisher of comics including "Smiles", "Vanguard" and "Funny Cuts" which ran from 1890 to 1920.  He then became an estate agent, whose 2nd wife ran a boarding house at 43-45 Cliftonville Road, Margate in 1911 and then the Connaught Lodge in Harold Road, Cliftonville. He had at least 3 children by his first wife Emily. He was a much more successful businessman.  His estate in 1920 was worth £20,644 which would make him a millionaire today. 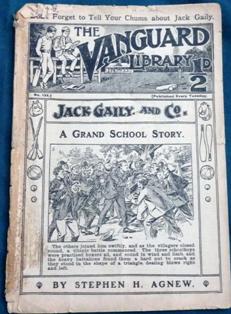 This article is about Payne, Trapps & Company Limited.  They bought 122 acres of land at Hartley in 1905 and laid out the "Fawkham Park Estate".  This included Merton Avenue, Wellfield Estate, Larksfield, Gresham Avenue and Woodland Avenue.